Today's Hours: 9am - 9pm
Home › Keep in Touch › Library News › After 40 Years, a Local Book Club Turns to Virtual Meetings During the Pandemic

After 40 Years, a Local Book Club Turns to Virtual Meetings During the Pandemic 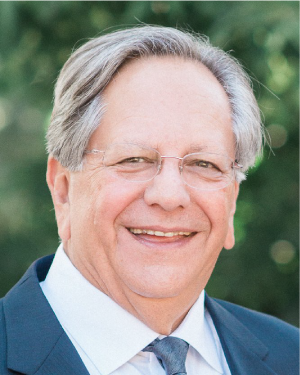 Daniel Cacchione has been a member of a monthly book club that has met for over 40 years. While the club originated with all members residing on the same street, due to divorces, deaths, and moves, they are now spread over a couple of northern suburbs, with most members still residing in Northbrook.

"As an eleven person club, we each get the chance to select a book every eleven months—actually once a year, since we don’t meet in December due to the holidays," he explains. We have read all varieties of books, non-fiction, fiction, best sellers, last place sellers, and some classics." Many of the books were chosen from the library's book club section on the third floor.

Over the years, the club has steadfastly maintained a few rules:

The conversation of the evening usually takes about an hour or two, with refreshments and appetizers served. "Every now and then the host will provide a full dinner—often related to the theme of the book," Daniel explains.

The club members rate the book on a scale of 1 – 10, for both entertainment "Oh my, I couldn’t put it down" and quality "how well it was researched/written." Per tradition, each member writes a brief statement about what he or she thought about the book, and at the count of three, the statements are read by the host and members have to point at who they think wrote the statement.

"As you might imagine, there have been quite a few classic comments over the years—some strenuously suggesting that the book club member be voted out of the club for making such a loathsome pick, or chastising the author for asking too many questions, author Merle Miller coming to mind on his book about Harry Truman."

The members track and record the votes and statements in journals, of which there are now several. "On a rare occasion, a book will get a 10 – rare, and one novel, Wuthering Heights, was given a 10 by the person who selected it. That took some nerve, she was eventually was voted out of the club, after all, humility counts (we’re not that mean, she moved to a zip code far away)," Daniel jokes.

"The pandemic interfered with our last meeting, so rather than gathering together, we held it via a Zoom Meeting, which was sort of fun. It took some getting used to, but it allowed us to see how everyone was doing," Daniel explains. "It was a bit more chaotic than a normal meeting, but it worked. We are hoping our May meeting can be held in person, if not ... Zoom me in baby!"

"Thank you Northbrook Library for providing a great source for books and for allowing some of us retirees a place to sit and daydream about what characters we might be. You provide a great service to the community!"

Daniel is a retired longtime resident whose interest in storytelling goes back to when he was in 4th grade living in Erie, Pennsylvania. He wrote a first-person essay about his experience of falling through the ice in Lake Erie and being rescued by a woman “who pulled me up by the hood,” which earned him an honorable mention in the state’s writing contest.