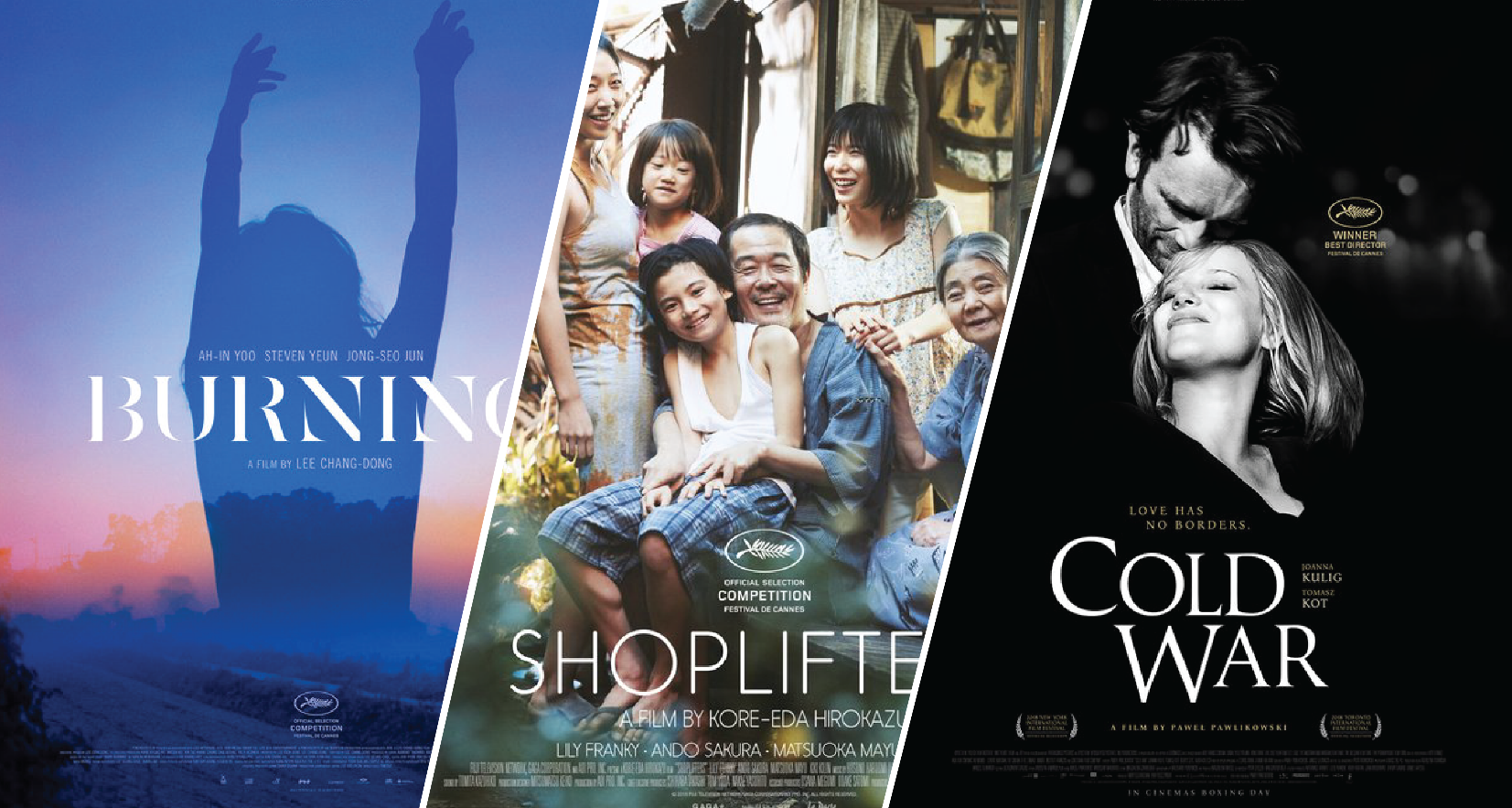 This October, we invite you to enjoy a special World Cinema Film Series on Wednesdays at 2:00pm and 7:00pm. Presented with English subtitles, these award-winning and buzzworthy films represent some of the best in today’s world cinema.

A group of outcasts who live together as a family rescue a little girl from abusive parents and induct her into their clan of petty thievery. Winner of the Palme d’Or at Cannes and nominated for Best Foreign Language Film Academy Award. Rated R. 2018. 121 minutes. Japanese language with English subtitles.

A story set in Santiago and centered on Gloria, a free-spirited older woman, and the realities of her whirlwind relationship with a former naval officer whom she meets out in the clubs. Rated R. 110 minutes. Spanish language with English subtitles.

Jong-su bumps into a girl who used to live in the same neighborhood as him, who asks him to look after her cat while on a trip to Africa. When back, she introduces Ben, a mysterious guy she met there, who confesses his secret hobby. Not Rated. 148 minutes. Korean language with English subtitles.

The story of a complicated relationship between an aging father and his special-needs son, whom he abandoned while he was still a young boy. In partnership with JCC Chicago. Not Rated. 90 minutes. Hebrew with English subtitles.

*Please join us for a discussion after the 7:00pm screening, led by Jen Phillips, Chief Program Officer of Keshet and Inclusion Coordinator for JCC Chicago’s Camp Chi.