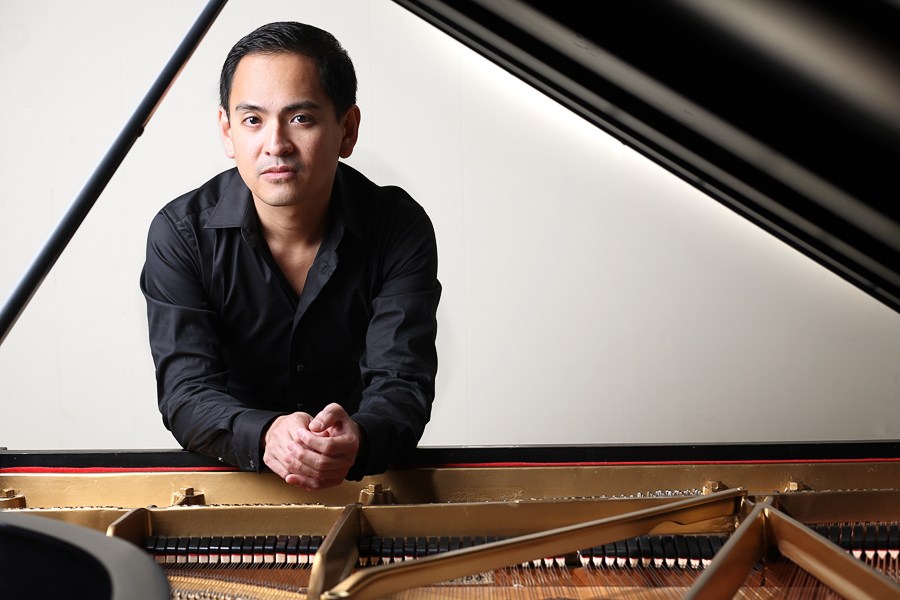 The prestigious Fine Arts Fall performers represent an eclectic range of musical styles and tastes. To kick off the series, pianist Victor Asuncion, whose performance has been hailed by the Washington Post as “poised and imaginative playing,” will perform on Sunday, September 29 at 3:00pm. Other musicians in the impressive and varied lineup have toured internationally and performed at prestigious concert halls

Co-sponsored by the Friends of the Library, the fall series attracts a large number of program proposals from artists, said Classical Music Librarian and series organizer and Madison Carroll, who, as part of the lineup, will present a clarinet performance of selected chamber music.

New performers include Roberta Miles, a vocalist who will perform jazz music, the Zafa Collective, a group that performs pieces by underrepresented composers, and award-winning classical guitarist and Northbrook resident, Christopher Laughlin.

“One of my biggest goals in programming is to provide a wide variety of ensembles and repertoire,” Madison said. “There are so many facets to classical music, and I hope to showcase as many of those as possible.

I’ve arranged the season in such a way that attendees can experience familiar performers and ensembles such as solo and duo piano recitals, but also hear something a little new like flute and marimba, or the multimedia experience of the Mischlinge Expose.” This unique performance piece combines music, film, art, and literature with the audiovisual testimony about the experiences in Germany of “half-Jews” or Michlinge, according to the Nuremberg Laws.

Lyric Opera Lectures, preview lectures of the Lyric Opera season, will continue to round out the series. The lectures, held before the opening night of each opera, present story insights and composer information along with recorded performance highlights.

The Fine Arts Fall program took off 27 years ago after some library staff members noticed many of the library’s patrons attended Ravinia’s concerts in the summers. Throughout the decades, the library’s Fine Arts Fall series has continued to strengthen its engagement with patrons and offer high-quality music education and entertainment.